For the evolving humanity, thirsty for a new future... a mission for true peace, life and celebration of the differences! 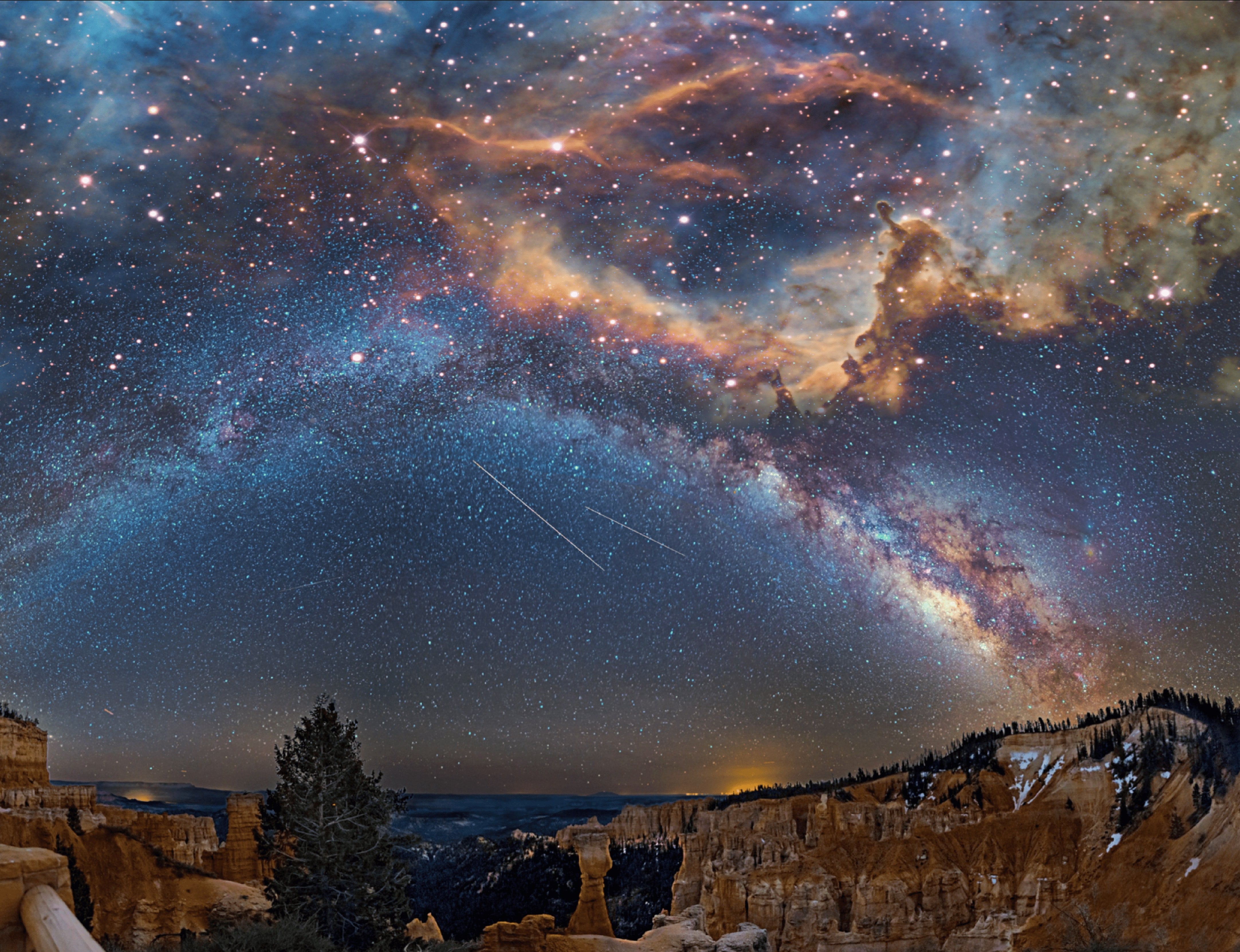 Six and half billion homo sapiens are now learning the futility of
their ways of existence, just as one day some fish learned the futility
of their gills on dry land. If those fish had sought to improve their
aquatic science, invent new fins and new philosophies, they would
have been mistaken. The question is whether we will find the WAY,
not to improve human suffocation, but to be and live in another way
on earth. Is there in this human body a spring, a lever which will
enable us to change our terrestrial conditions, just as three million
years ago a first mental vibration prepared Einstein and the
Boeing 747? What vibration? Where, in the body? Could it be that
life’s raw material, the cell, conceals a power of consciousness
or a “vibratory mode” which would make obsolete all our
cerebral means and our dead-end devices? A Mind of the Cells
which will open up to us new sources of energy, new means of
communication, a new power to handle Matter. A new biology
and new consciousness which will enable us to meet the challenge of
a species on its way to self-destruction. Such is Sri Aurobindo’s and
Mother’s incredible discovery in the cells of the body, at a time when
the earth is asphyxiating...

...read further, the introduction by Satprem (from: Mind of Cells)

“It could be said that our mental reign, or even our Animal reign on the whole, is the
indirect reign, the reign of machinery, from the shrew gnawing a liana with its teeth
to a physicist smashing the atom in a cyclotron. Countless mechanisms, increasingly
complicated, from vibratile cilia, wings and fins, to the turbojet and the telex. A
colossal artifice. Somewhat as if evolution, that is to say a certain power (and we
cannot speak of power without consciousness, albeit the consciousness of the
hydrogen nucleus snatching its unique electron), a certain power has cloaked itself
with increasingly adapted and ingenious mechanisms or organs, to finally reach this
evolutionary point, this turning point of epochs, when the mechanism becomes aware
of the engine, and after having divided itself countlessly in countless bodies,
rediscovers the total unity of its intracellular or galactic substance and can act directly
on its substance, its nuclei, its cells, as on universal matter. After the mineral,
vegetable and animal reign: the next, direct reign. A reorganization of Matter by the
very power of Matter in every cell. But we had to reach that point, at that cellular and
atomic level, instead of melting into celestial or nirvanic expanses; we had to break
the barrier that separates us from the next “milieu”, the total milieu or our next,
global species, as one day the mineral broke the barrier of its inertia. What was there
at the beginning of evolution is found again at the end: the power rediscovers its power,
and unconsciousness its buried consciousness.

…A new physiological position in Matter. No longer a philosophical position with its
so-called materialisms and spiritualisms, which are only the obverse and reverse of the
same false vision of Matter, but a position of the body, in the body, which will change
all the laws of the old “frame of reference”.

…But this discovery, which does not look like much, is quite stupendous. It is as if, we
were looking for keys right and left, in chromosomes, molecules and penicillin and all
the holy kit and caboodle of our science which codifies the walls of the prison – and
suddenly, it is nothing but a code of our own walled-up hypnotism. “You know, walls
are made up of ten billion atoms per DNA molecule and there are a million billion
billion atoms per twenty cubic centimeters of matter–as many as there are grains of
sand in all the oceans in the world–and twenty different types of amino acids and five
types of nucleotides, and how are you going to get out of that?” But then…it is
nothing but the phantasmagorical fabric of our own material mentality: that is not
where the obstacle lies, that is not even the wall. The wall is what we think it is.
Illness is what we think it is. Death is what we think it is. And all the “laws” of the
species are what it thinks they are. A mind in matter.

Then we understand that we can get out of it.
...“Salvation is physical” said Mother, who at the age of eighty, dared to knock at the
body’s last door, and who made the most tremendous discovery since Darwin.”

In ‘Soulfood’, glimpse into the Integral Yoga...
Receive the deepest insights dispatched from the previous century,
by the great and grand Mother and the Seer of new humanity — both,
who grew up in Europe and traveled the whole world and beyond,
met many luminaries of their time, and became the great waves to
not only help progress our species but co-create the new one.

They have made the history by participating in the struggle of their
time, but above all they’ve pioneered the participation in the grand
struggle of life’s deepest secret — the evolving dream of the Divine on
earth, in our bodies.

They have inspired many scientists, spiritual gurus and leaders of
present humanity, and have awaited all the while, for each of us
to grow, heal and lead the life towards the true Love and Bliss of
the One — the single mission, which brought them both together and
also have the power, to unite us all into the new harmony!

Reference guide for the contemplations in the ‘Soulfood’

10 stages
of evolution
of consciousness

The Concentric System of
Organization in Human Being 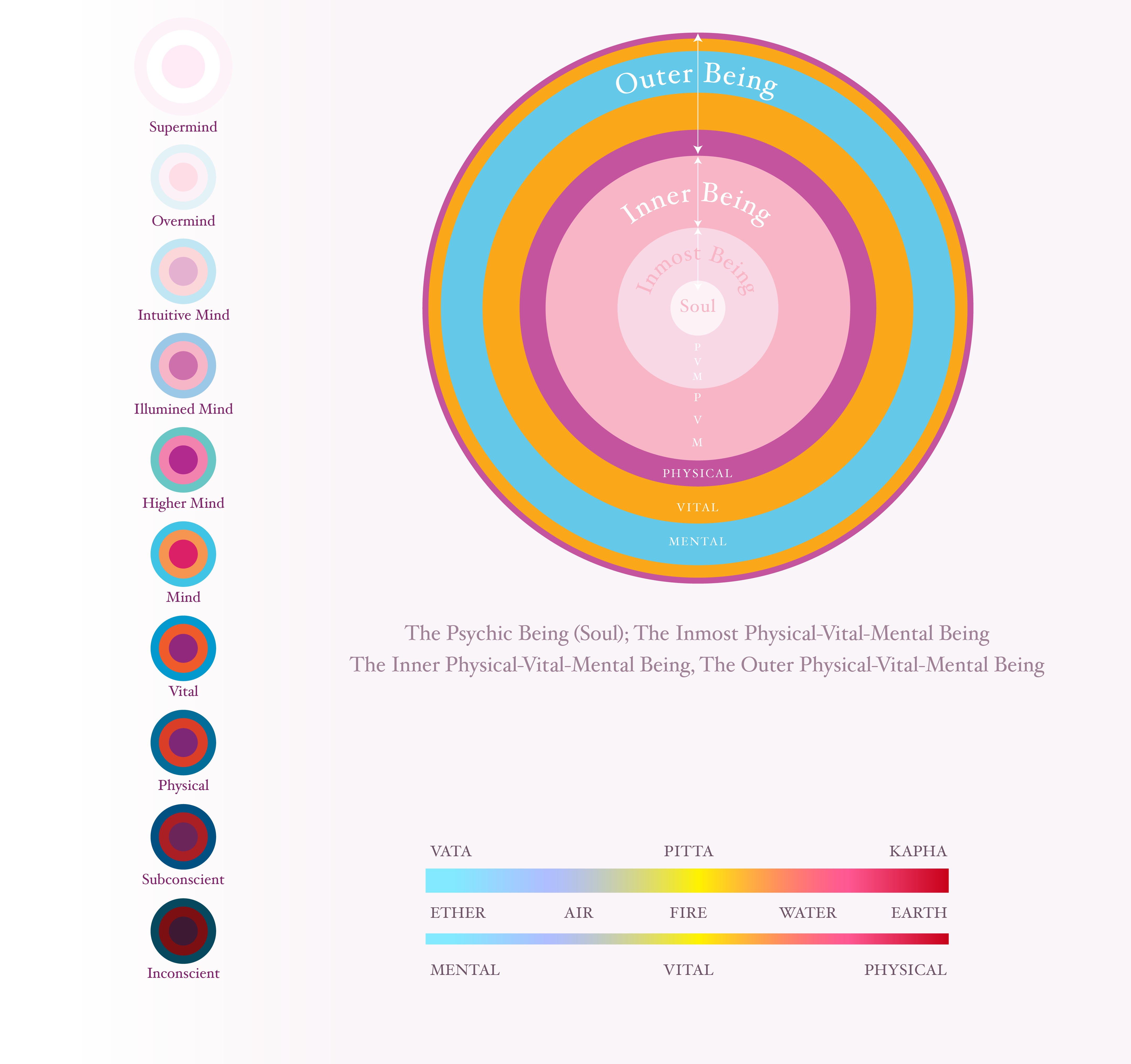 “A new physiological position in Matter. No longer a philosophical position
with its so-called materialisms and spiritualisms, which are only the obverse
and reverse of the same false vision of Matter, but a position of the body, in
the body, which will change all the laws of the old “frame of reference”.”

The Spirit spoke through them in the
dark ages of human history, and stretches
the call for ‘that’ voice into our present!

for Questions, Suggestions or Requests about
your order, payments, delivery or the App contact:

for Questions, Suggestions or Requests about
partnerships & collaborations contact:

Your participation and our togetherness on this mission, is deeply valued! Thank you!

Thank you for your order!

You will receive an order confirmation email shortly.